Contextualising Hate Speech: A Study of India And Malaysia

Hate speech is a verbal expression, which is designed to promote hatred based on race, religion, ethnicity and violence between different communities . Hate speech are systematically used to lash hatred towards minorities and for inflaming regional, religious and ethnic passion. It has been repeatedly observed that inflaming and deleterious words have been used by people of influence to further their vested interests and incite violence. Indian laws as well as Malaysian laws forbid anyone from making hate speeches that disturb the communal harmony and creates discord among the people. When the issue of suppression of hate speech comes to purview, the notion of reasonable restriction comes into picture. Consequent debate narrows down to two sharply contrasting opinions ie: restraints v. freedom of speech and expression. It is difficult to balance both divergent opinions. Article 19(1) of the Indian Constitution, provides for the freedom of speech and expression but also places reasonable restrictions under Article 19(2) on the grounds of public order, decency and morality. Similarly, Article 10 of the Malaysian Constitution empowers the Malaysian citizens with the freedom of speech and expression subject to restrictions imposed by the Parliament. Whenever these contradictory opinions are presented in front of the court, even the Apex court of the respective countries has shown its reluctance towards curbing such communally charged statements. Even if the judgment restraining hate speech is pronounced, it often comes too late, sometimes after the damage has already been inflicted, thus failing to exert any deterrent effect. By using doctrinal research methods,this paper a) discusses the terminology of hate speech; b) analyzes different legal provisions that deals with hate speech in India and Malaysia; and c) discusses non-legal solutions to the problem. This paper argues that although several legal provisions are available to curb hate speech, Alternative Dispute Resolution and counter speech may be used as alternative ways to address hate speech. 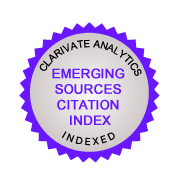