Malaysia-Indonesia Cross-Border Governance: Is There a Trade-off between Security and Economic Development?

The National Security Council of Malaysia has declared the east coast of Sabah as the Eastern Sabah Security Zone (ESSZONE) to inhibit security threats and enhance security in the east coast of Sabah. This study employed an in-depth interview with the stakeholders involved in security governance and development in the study area. The selection of stakeholders was based on expert sampling. Secondary data relating to maritime economic activities were also used to reinforce the findings of the in-depth interview. The study areas were Tawau (Sabah) and Sebatik Island. Sebatik Island is divided into two regions; the northern region is owned by Malaysia and the south is owned by Indonesia. This paper examined the impact of ESSZONE’s security policy toward economic activities in Tawau and Sebatik Island. The security policy implemented by the Eastern Sabah Security Command (ESSCOM) in Sabah’s east coast has a negative impact on maritime economic activities in Tawau and Pulau Sebatik. Therefore, the government must re-evaluate the security measures in Tawau and Pulau Sebatik waters, and the curfew regulations in particular, because the security threat is lower and more manageable than in Sandakan, Tawau, Kunak, Lahad Datu, Semporna, and Kinabatangan, which form the hot spot area. Furthermore, the government should consider appropriate measures to balance the objectives of security and economic interests, depending on the level of security threat zones. 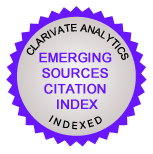