Board Education, Growth and Performance of Family CEO Listed Firms in Malaysia

This paper examines the relationship between board education, board size, growth, ownership and firm performance of family CEO and nonfamily CEO listed firms in Malaysia. A sample of 37 firms and data were collected over a period of five years from 2012 to 2016. The 37 samples of family firms were subdivided into family CEO (21), and non-family CEO (16) firms. The independent variables were board education as measured by the proportion of board degrees (BDEG) and the proportion of board professional qualifications (BPRO), board size (BSIZE), growth, and ownership. Meanwhile, firm performance was measured by using return on equity (ROE) and return on assets (ROA). The findings showed that there was a significant difference between family CEO and non-family CEO firms at a five percent level for board professional qualifications confirming that altruism and nepotism were observed among family members which supported the argument of characteristics of nepotism such as granting jobs to family members regardless of merit. In addition, this study also found board professional qualifications as significant but negatively related to external firm performance in family CEO firms. This showed that board education has not really been emphasized among board members. Besides, growth has significant influence on family firm performance which is evidently reflected in their contribution to the country’s GDP. 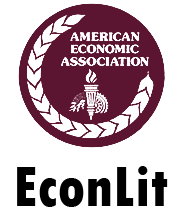 International Journal of Banking and Finance (IIJBF) are licensed under a Creative Commons Attribution 4.0 International License.